Do any of you have Mommas or Daddies who sing silly songs to you?

Our Momma does it alla the time, in a silly voice, high pitched and sumetimes squealy (like how she sez SQUEE when she's ofurwhelmed by kitty cuteness).

One of the funniest of those songs is when she sings to alla us: 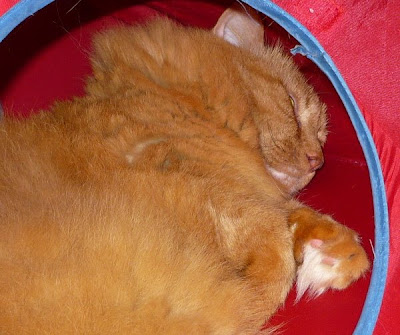 One of Brainball's songs is: 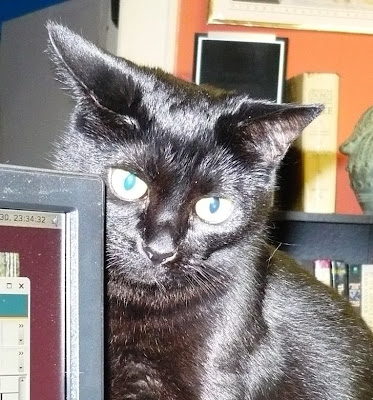 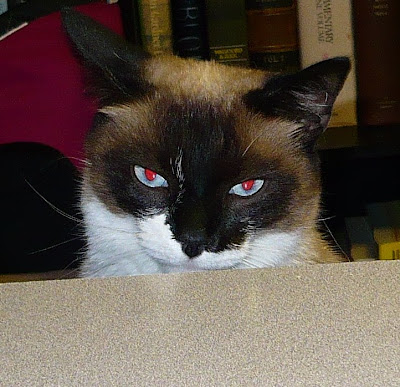 One of mine is: 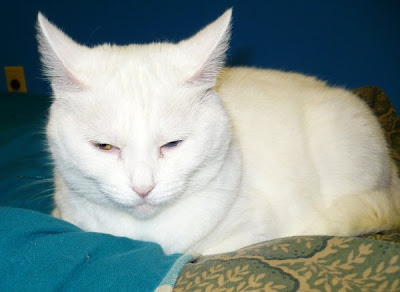 And here's one of Marilyn's (her nickname is Duallipot):

(and don't worry, no wacky baccky in this housie! I don't know what inna wurld Momma was thinkin with Marilyn's nickyname.)

Mom's a weirdo. I ask of alla you kitties (or woofies or buns or hamsturs): Are yur beans this silly????


Anyhows, we gotted two wunnerful awardies frum our furriends. The furst is the Cool Cat Awardie, given to Dorydoo and Marilyn frum The Furry Kids. Thankies so much! 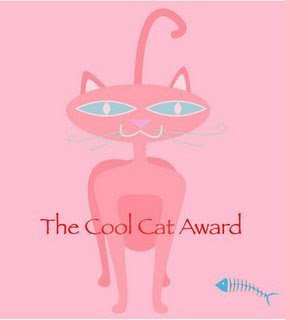 And the seckond one is the Blogging Furriends Fureffur frum Karen Jo. Thankies so much!

We Ballicai are furry honured!
MAOed by MaoMao at 12:01 AM

Labels: awardies, Mom is a weirdo, Silly Songs Saturday, we Ballicai send love and purrs to our sweetiepies

I hate it when the Woman makes up songs. However she is far more likely to make up songs about Gemini or Georgia... very little rhymes with Cheysuli...

Those are great silly songs! Too funny! But we are happy our Mommy is not singing for us!

Our mum shares your mum's fondness for silly songs. Never a day goes by where she doesn't come up with some rhyme that really doesn't make sense. And half the time, it doesn't even rhyme properly anyway!

But then, it is a good indication that we're all very much loved, isn't it :)

My sisfur Mushka does not have one but MOmma is ALWAYS singing to me
"He's the boogie woogie bugle Boy of company B"
Iz not made up and for some reason Momma calls me her Boogie Boy. Like she will say " hey little Boggie boy what you up to?"
I does not know why... There is lots of other names she calls me and peoplez wonder why kittehs get confused :P

I like your MOmmas songs! I would like to be sung to all the time, it is much nicer and shows great fondness :)

Any time the Woman sings, I rush to put my paw over her mouth. That sounds coming out of her is just...wrong. So very, very wrong...

I thought my mom was the only one who broke into weird song and serenaded me with silliness! Now I know it's a common affliction and we need to stick together or it may be catching!

Yeah, mom sings stoopid songs to us too. Din't we tell yoo dat beans is weerd. Dat pot head comment reminded mom of once when our neece and her frends stopped by to visit and one of da boys used da bafroom afore dey left. Dey all go out to da car and den him and da neece come back in and go around da corner and come back laffing. Mom had given Zippy some nip on da vanity (because she din't like being wif da rest of us) and dat boy thawt mom and dad were doing drugs! Of course da neece hadda come see what he was talking about cuz she knows dat DEY DON'T USE DRUGS.

Hee hee... Does ur mommie break into a dance when she's singing?
Now, THAT would be really funny! haha
Have a great weekend!
Purrs,

Our Mom doesn't sing any songs about us. Maybe she should. No, her voice is very scairty.

The PM does that crazyness too. Not so much songs but run-on name rhyming.

Treepie, the cat who lives with the Nanny is Treepie Leepie Bo Beepie. Yep, that a great name for a fine mancat. Really, sometimes I wonder.

Um, mom sings me a song.

"Pyewacket, Pyewacket, bake me a cake,
Catch me a catch,
Rake me a rake..."

We think she got two of the words from Fiddler on the Roof, and made all the others ones up!

Mom does not make up songs much :0
The silliest thing is just her trying to sing :/
I mean ,you know how Ray Charles sings Georgia, well Mom is not even close! heeheehee
Purrs Mickey,Georgia & Tillie

Well they're four funtastic cats,
and they like to use laundry for naps,
Yes they're loved around the 'net,
And they're buds of mine, you better bet.

An orange tabby,
and one who's black,
Mao's so handsome, can you beat that?
Marylin she's oh so cute,
MomBean stop singing, 'cause you've got me singing too!

(With sincere apologies to Wham!, the Ballacai, and anyone else who has to listen to MomBean sing.)

Those are very cute songs! Sometimes my Mommie sings me this song, to the tune of "Casper the Friendly Ghost":

"Daisy, the curly cat
The curliest cat I know...."

Yeah. Our Humane is silly, too. She tries to sing to me sometimes. I just walk away disgusted.
Sara likes her singing though ...

I meant HUMAN. She is certainly humane as well, I suppose.

They do sing offkey, so luckily they don't make up thier own.

We think we'll just say hello and not comment on your mom's aptitude as a songwriter. Cause then we'd have to tell the truth and we don't want to be blackballed from visiting you.

But seriously ***whisper, whisper** has your mom seen someone about those songs? You know, someone professional?

PS - We're just joking with your mom. She can make up all the songs she wants for her kitty-witty baby Ballici.

hehe, that's the funny thing -- Momma does write songs and she's a classically trayned pianist. Her seryous songs are furry different than her kitty songs.

I don't know why she sticks us with the silly stuff! I think this calls fur a Ballicus Hairball Revolt! ;)

Those are such sweet songs! I'll bet your mom sounds really cute singing them!

Those are cute and silly songs... but we are thinking your Woman may need a good long rest if she continues to "talk" like that!

Haha those are funny songs. Our mum sings silly songs to us too.
Concats on your awards.

Your mom can be very silly. I think it's sweet that you each have your own original song.

Your momma is silly, but I like the songs. It makes them very special because they are individualized. Congratulations on your awards.

Thare must be sumthin goin around cuz my mommy wuz singing me a song jes last nite! It went like this:

"It duzzint matter whut yoo do
As long as the kitty's happy!"

Sowndid like sum sappy song from the 70s. I tell yoo my mommy is reely weerd sumtimes and singing to me is jes one of the strage thing that womman duz.

i like these names and the songs. it is good to sing a silly song. mom has names for everythig.

congratultions on these awardies!!!
purrr

Hee hee that is a funny post. My mum sings all the time in the house but not usually about me.

She thinks that Dorydoo song sounds like the one she sings at school with her 6 year olds - it goes "good day, good day to you, good day, oh dippydoo, dip dip dip dip dippy doo". Very odd!

She is still busy going SQUEEEEEE over another cute picture of Brainball!

Yes!! My mom sings to us too! But mainly to me because I like it so much. Mom tries to sing to PooPoo but she swats....maybe PooPoo does not like mom's singing voice!
--JB

Awww those are some cute songs.Your mom's so sweet(Hug).My mom made one for me when I was little...
Little tiny kitty rest,
Hearing you purring on my chest.
Wishing you sweet kitty dreams today,
I love you more than mere words can say.
She was so mushy yet I'll admit I love her too.I also love you big bunchies...Your wife Ariel

Mom does that sometimes. We hate it. We hate it when Mom sings period.

Around this house, the songs are usually from the early decades of the 20th century, just mixed up a little so they're about cats and bunnies.

Tidbit got such offerings as:

Cadbury doesn't have a lot of songs yet, but I have no doubt they're coming, since I'm the fool who makes them up. ;-)

He he these are funny songs ~ I sometimes sing to Snow ~ he wakes up momentarily from his nap and then goes back to sleep..

I got a new cousin and he's a woofie.Please come to my blog and see Caesar...Hugs and kissies your wife Ariel

Hey, congratz on your awards!

Yes, humans are weird. My Mom sings "Hey there Georgie Boy" to me. It's all very embarassing.

I have songs for all the cats. Sunny's is,

Thanks for stopping by! Can't remember if I said how much I like your new look! I gotta get Mom to do mine :)
Purrs Mickey

Silly songs are better than mom bean calling me Gretchie-poo. I don't see how Gretchen rhymes with anything to do with poo.

But I like your mom's silly songs. They are cute.