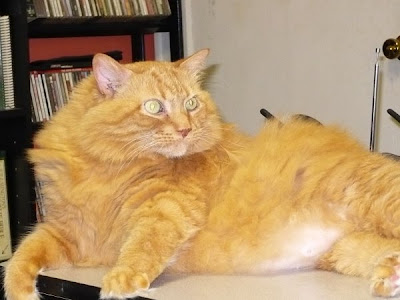 Now I wondur why that would be??? Hmmm. 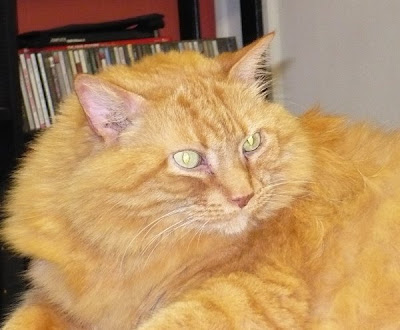 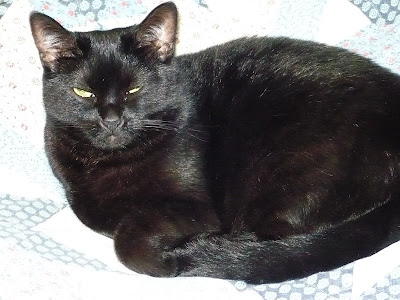 I nefur miss an oppurtunity to snooze next to Brainball. He's good to snuggle up to. He's such a big feller, nice and warm, and I'd say there's room for about a squillion kitties in alla his floof! 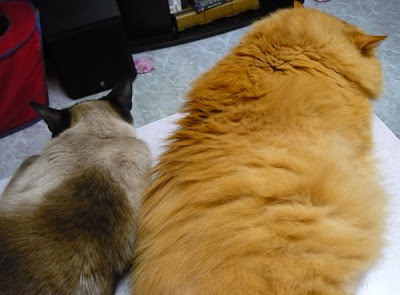 Alla us Ballicai are sendin love and purrs to The Cat Realm. Emil has gone missing, and his fambly fears he won't be komin home. We're gonna purr fur a miracle. But we're all gonna miss Emil, and Dorydoo's speshully sad bekause Emil was her Burp Buddy. Emil was a wunnerful mancat and will nefur be forgotten. We love him, and he'll always be our furriend. 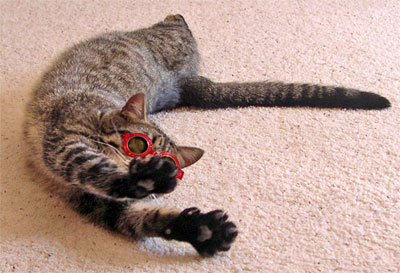 Those are great pics of you. We are going to miss Emil also.

We just heard about Emil, we are furry sad too.

We are all saddened by Emil...

Brainball is very floofy! We have to admit, though, that Dorydoo's ears look rather small compared to our huge frootbat ones. ;)

It's awful sad about Emil. I'm purring for him and his family too...

Oah Brainball....
Michico says she wants to sleep on your tummy, it just look perfect~~

Please ignore her rude, I will grab her out of your face.

What wonderful photos of all of you! We are so very sad about Emil...

Wow, snuggling next to Brainball must be really comfy with all his fur! I will hurry over to The Cat Realm to catch up with the news.

I wish I had such a Floofy brother. Chase doesn't like when I try to snuggle with him- he always gets up.

Such great pictures of you sweet Ballicai!

I think I know why he is called Flooficus Maximus. What a great snuggle buddy!

We will miss Emil too. Especially when there is a party and there is no purrpurazzi about. sigh.

What a lot of floof!

we love all your pics here:)

We are very sad about Emil.

Brainball, Goldie is realizing you are bigger than he is. He is starting to lift weights.

Awww it's so sweet to see you and Brainball snuggle together.Dorydoo is so pretty.We too are so sad about Emil.He was a great kitty and friend and I will never forget him.

Mom was not feeling too good yesterday so we were resting.Yet today she help me with the Quirk Meme.It was fun and I tagged you...
Love and Many Kissies Your Ariel

Brainball is so big next to you! Super floof for sure. I am sorry to hear about Emil.....I will go visit.
--JB

Whoa, Brainball is a good-lookin' buncha mancat! No wonder you like to snuggle up to him!

We are also sad about Emil and purring for him and his family.

Brainball is definitely maximus, but I think it's all that floofy fur :-)

I am very sad about Emil, too :( Too many kitties have went to the Bridge recently.

Yes, Brainball is a big and fluffy mancat, muahahaha!